Scott Metzger is one of New York City’s most in demand guitarists, touring with the likes of Trixie Whitley, Nicole Atkins and Grateful Dead revivalist phenomenon, Joe Russo’s Almost Dead, and picking on numerous studio sessions, including those by Anders Osborne, Shooter Jennings, Craig Finn and Kelli Scarr. But it’s Metzger’s instrumental trio, WOLF!, that reveals his own truly distinct voice as a guitarist. First and foremost, Metzger’s sound is built upon the great Fender Telecaster tradition, the lineage of which runs from Roy Buchanan to Jeff Beck, Danny Gatton to Steve Cropper, Bill Frisell to Albert Collins. It’s within that rich history that Metzger stands to be recognized as the next great torchbearers.

Joined in WOLF! by Jon Shaw on bass and Taylor Floreth on drums, Scott Metzger and company deliver a gem with their self-titled debut album out April 7, 2015 on Royal Potato Family. It’s a record that will not only resonate with guitar enthusiasts, but immerse the more casual listener whose ears are peaked by impeccably performed, red-hot instrumental music.

For Metzger, it’s all about time, tone, taste and touch—uncompromisingly so. He illustrates this point over and again throughout the album’s nine compositions, whether it’s the Les Paul-meets-Jerry Reed inspired spirit of the album’s opening tracks, “Cake Walk” and “Neck Bone” or the dark, dreamy, South of the border journey “Cafe Hidalgo.”

“One of the primary concepts behind WOLF! is the pure signal from guitar into amp,” explains Metzger. “I don’t hide my sound behind gadgets. I’m into getting a direct, solid tone and having focused, direct ideas.”

Later in the collection, WOLF! hits squarely on point with the surf rock escapade, “Frightenin’ (Part Two),” that would feel right at home in a Quentin Tarantino film. The noir-esque “Wolf Eyes” and the freewheeling guitar boogie “Steve Miller” expand into further dimensions of Metzger’s oeuvre. When heard in its totality, there’s little doubt that WOLF!’s eponymous debut will be considered one of the premier guitar records of 2015.

Metzger describes the band and its music quite simply: “WOLF! is nothing but a great rhythm section, a Fender Telecaster, and a real good time.”

WOLF! can regularly be found performing at Hometown BBQ in Red Hook, Brooklyn, where they hold down at reoccurring residency, but plans are also in the works for select tour dates around the U.S. later this year. 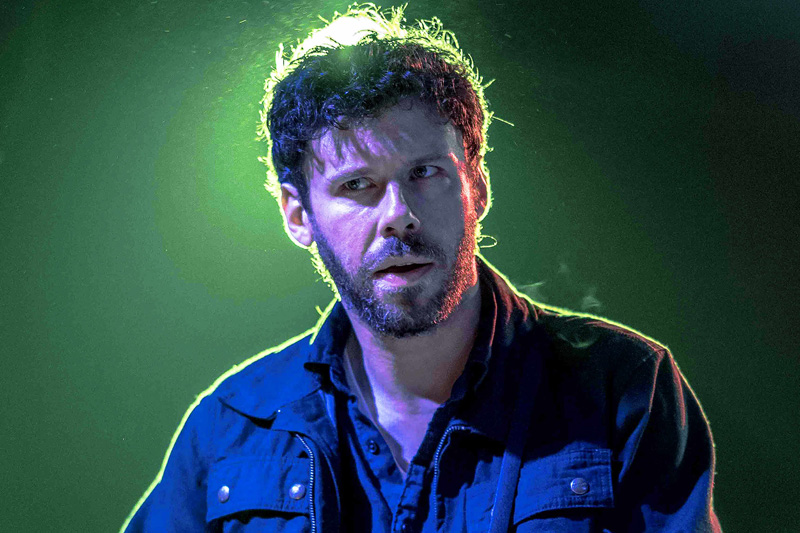