Jacob Fred Jazz Odyssey have announced Winter 2010 tour plans. The band will head out for a 12-date West Coast run in February marking the hard touring quartet’s first shows since selling out The Eclipse on New Year’s Eve in their hometown of Tulsa. In March, JFJO makes a return trip to Europe for ten dates spanning eight countries, including their second appearance at the prestigious Turku Jazz Festival in Finland.

JFJO will be touring behind their critically acclaimed 2009 EP release One Day In Brooklyn, however, work is already well underway on a follow up, full length album. They spent seven days in December tracking at acclaimed engineer/musician David Teegarden’s Natura Digital Recording Studios just outside of Tulsa. The album, tentatively scheduled for a June release, will reflect JFJO’s first year of touring and writing together since founding member and pianist Brian Haas and drummer Josh Raymer revamped the line-up last January with the addition of lap steel guitarist Chris Combs and upright bassist Matt Hayes. 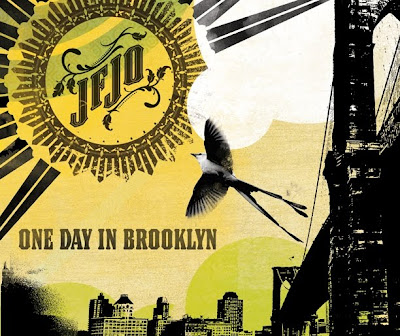 ONE DAY IN BROOKLYN is available at: